Inventing Active Entertainment: The New Hype in the Amusement Industry 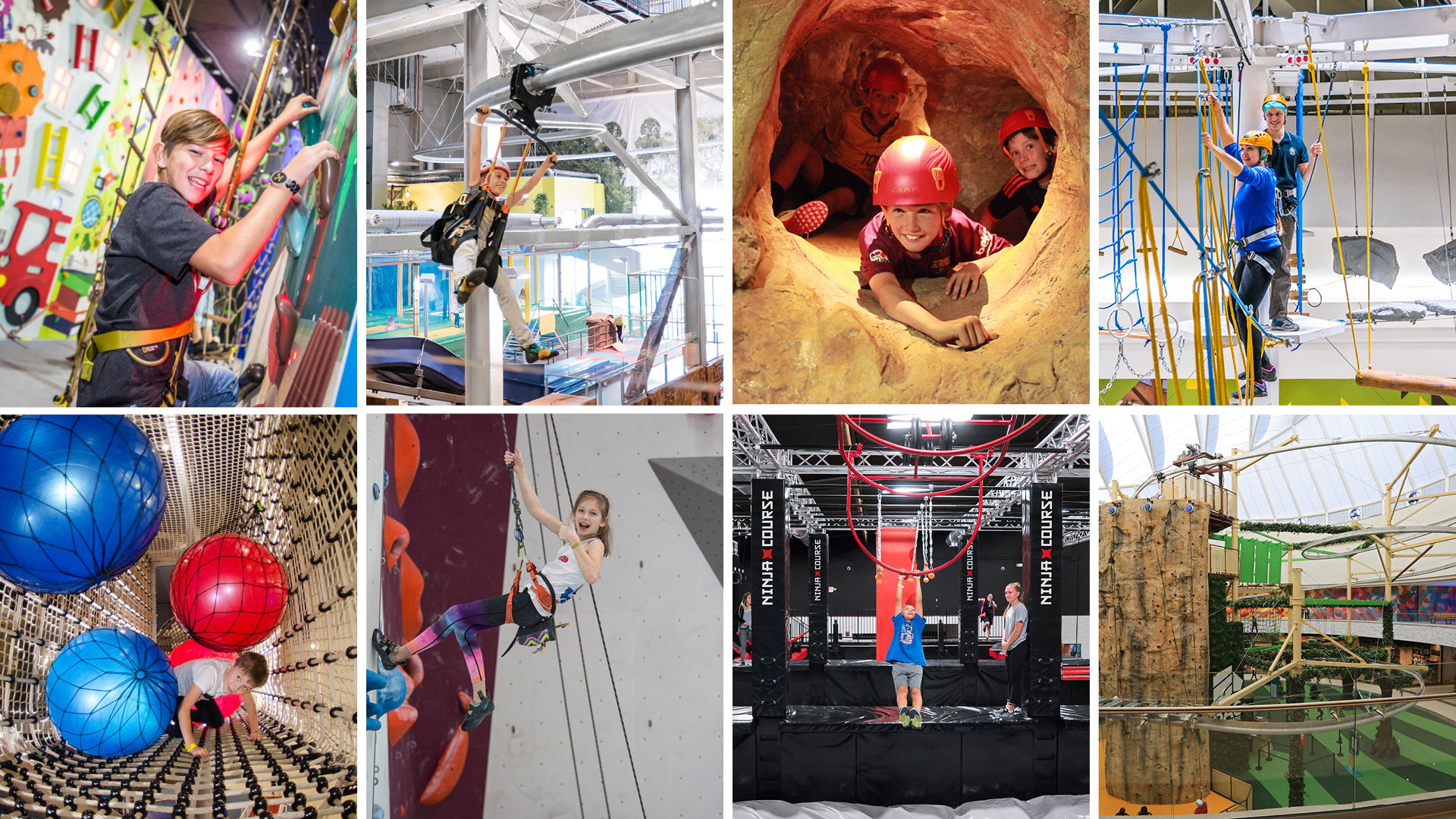 Today we take for granted the dozens of types of modern entertainment for children, but their development actually takes years and requires a lot of work and imagination invested in the entertainment industry. Rope routes with obstacles, climbing walls and facilities – these are concepts based on fun through movement, which originated only 10-15 years ago. It is not a very known fact that the Bulgarian company Walltopia is standing behind the popularization of this active and healthy way of children’s play worldwide. 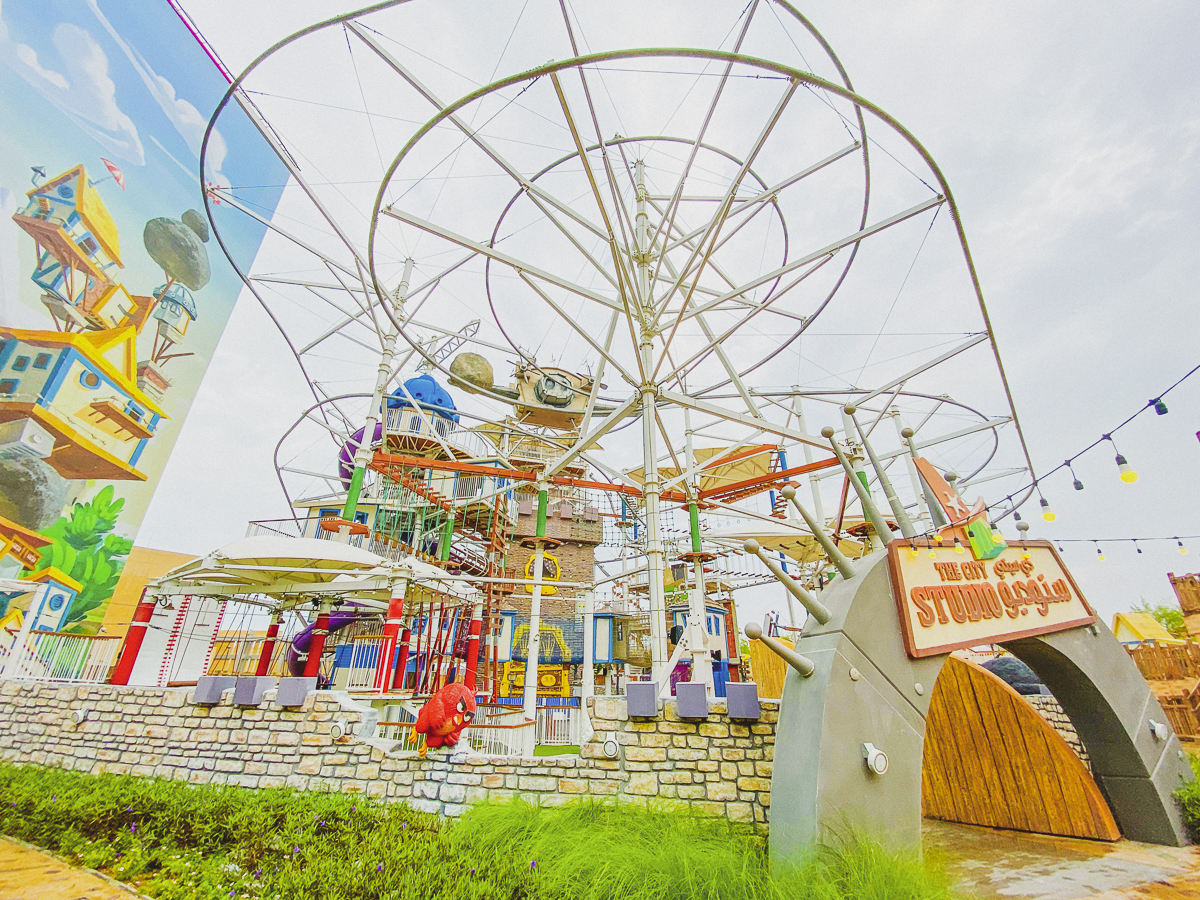 For many years the company was focused on the production of climbing walls, but over time crystallized the potential of the facilities for active entertainment for children and whole families. Walltopia embarks on the idea of this new way of entertainment, which is becoming a huge market niche worldwide.

HOW WAS THE CONCEPT CREATED?

“We had a very good view of climbing as a sport and children’s natural interest in it. We wanted to make it much more accessible and fun, that’s how we recognized our mission to improve people’s lives. Our way of doing it was to offer them experiences that combine the pleasure of exercise and physical activity with a healthy dose of adrenaline.” says Boryana Petrova about the foundation on which the concept of Active Entertainment is born. “With these entertainments, children and adults spend time together physically in a challenging but safe environment without screens around them”, she continues.

For a long time, family entertainment centers around the world offered only the so-called “Soft play” facilities, arcade games, inflatable castles and slides. However, their static nature, uniformity of activities and lack of development make the operators of such sites start looking for different solutions that will cause new excitement in young and older visitors. 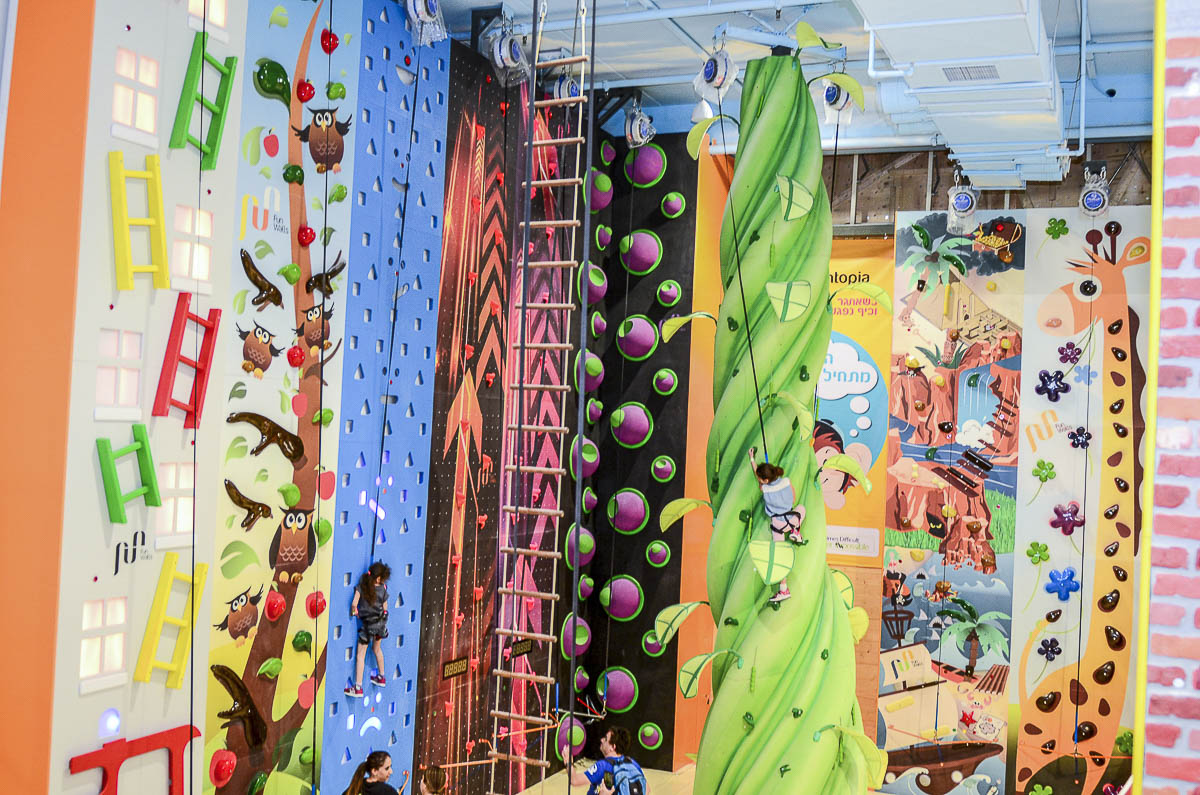 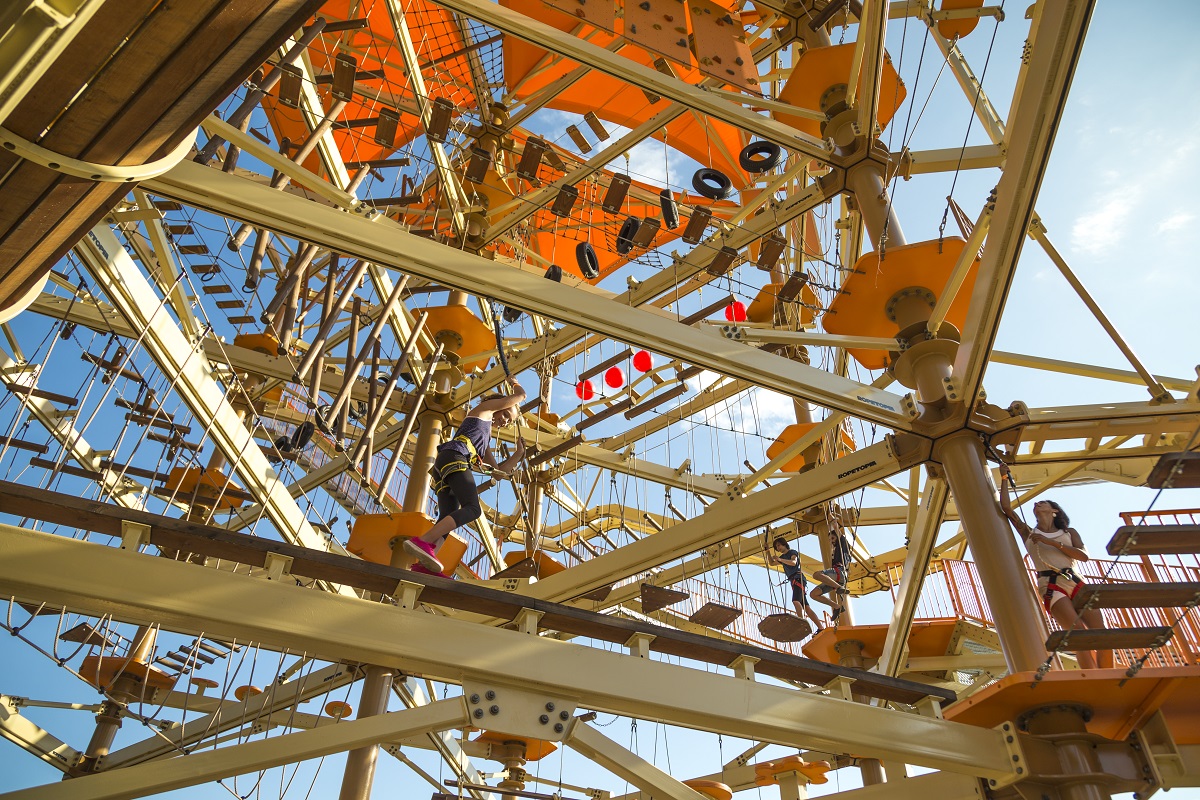 THE DAWN OF ACTIVE ENTERTAINMENT

Some of the first signs of the intensification of this trend were the increased demands of children’s climbing walls in malls, parks, and children’s centers, the exponential growth of rope park constructions, and springboard parks in the United States and Western Europe.

“We saw the interest among our customers and their willingness to rely on new concepts to differentiate and stand out from the competition, and we focused on developing products for Active Entertainment. The concept has proven to be useful not only for end-users but also for our customers, as these experiences leave a much more lasting impression on visitors and make them come back again and again, which is the desired effect of each owner of such a business”, says Petrova.

So, the company entered this niche through its main product and in 2006 produced the first climbing walls, which, instead of in sports centers, were installed in malls, family entertainment centers, and springboard parks. Walltopia has since added to its portfolio a diverse range of products that combine physical movement, a sense of accomplishment, competition, and interactive entertainment, which are produced and installed for customers in the entertainment industry around the world.

From its sports climbing walls the company developed the interactive and colorful Fun Walls, rope parks Ropetopia, and the recent zip lines. “Walltopia” upgraded and created the first Rollglider – an attraction that brings the feeling of free flying. These are the three products where Walltopia most convincingly leads its competitors.

Another attractive products of the Bulgarian company are the challenges Ninja Course that offer an innovative way to train; the artificial caves Walltopia Caves, which are an adventure test with passing through narrow crevices and realistically recreated rock formations in a safe environment; Cloud Climb – a unique climbing frame, resembling a tree, on whose “leaves” children can climb; and Adventure Trail – including tunnels, nets and houses at a height.

Walltopia took the next step in 2012 when she created the unique Adventure Hub concept for the market, which is an attraction complex that combines many different obstacles and facilities.

“We have seen that all these activities can be synergistically implemented in a single structure with a capacity that allows young and old to experience several unforgettable hours together. Adventure Hub gives much more than just a combination of ingredients, just as a cake gives more than the sum of flour, eggs and butter. Every day we work towards improving the recipe”, Petrova describes the concept.

The Walltopia team is constantly working on new ideas that will inspire children to play in new ways and experience the sense of achievement that characterizes Active Entertainment facilities. And they are now located not only in family entertainment centers and malls as locations, but also enter into larger projects such as ski resorts and amusement parks. 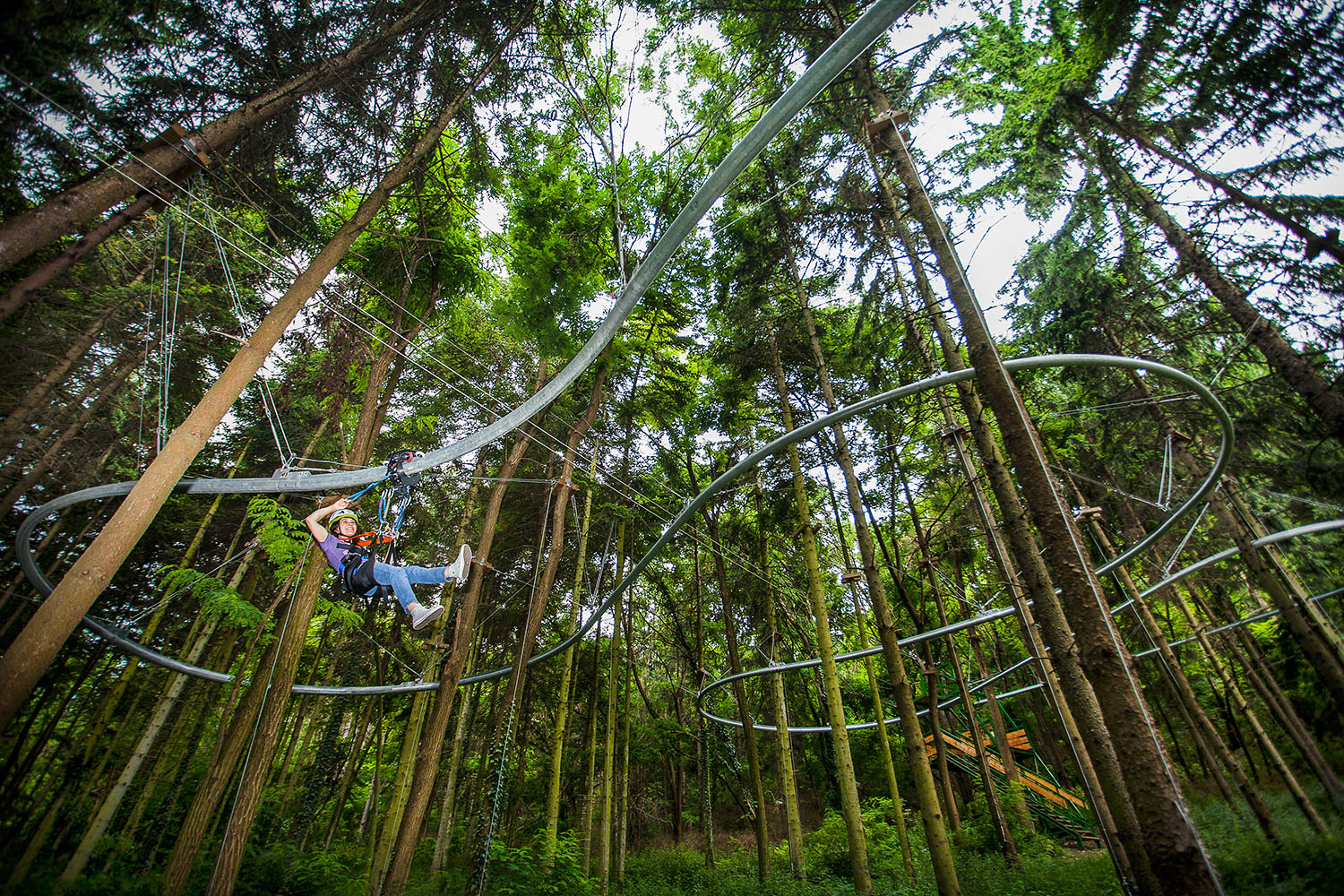 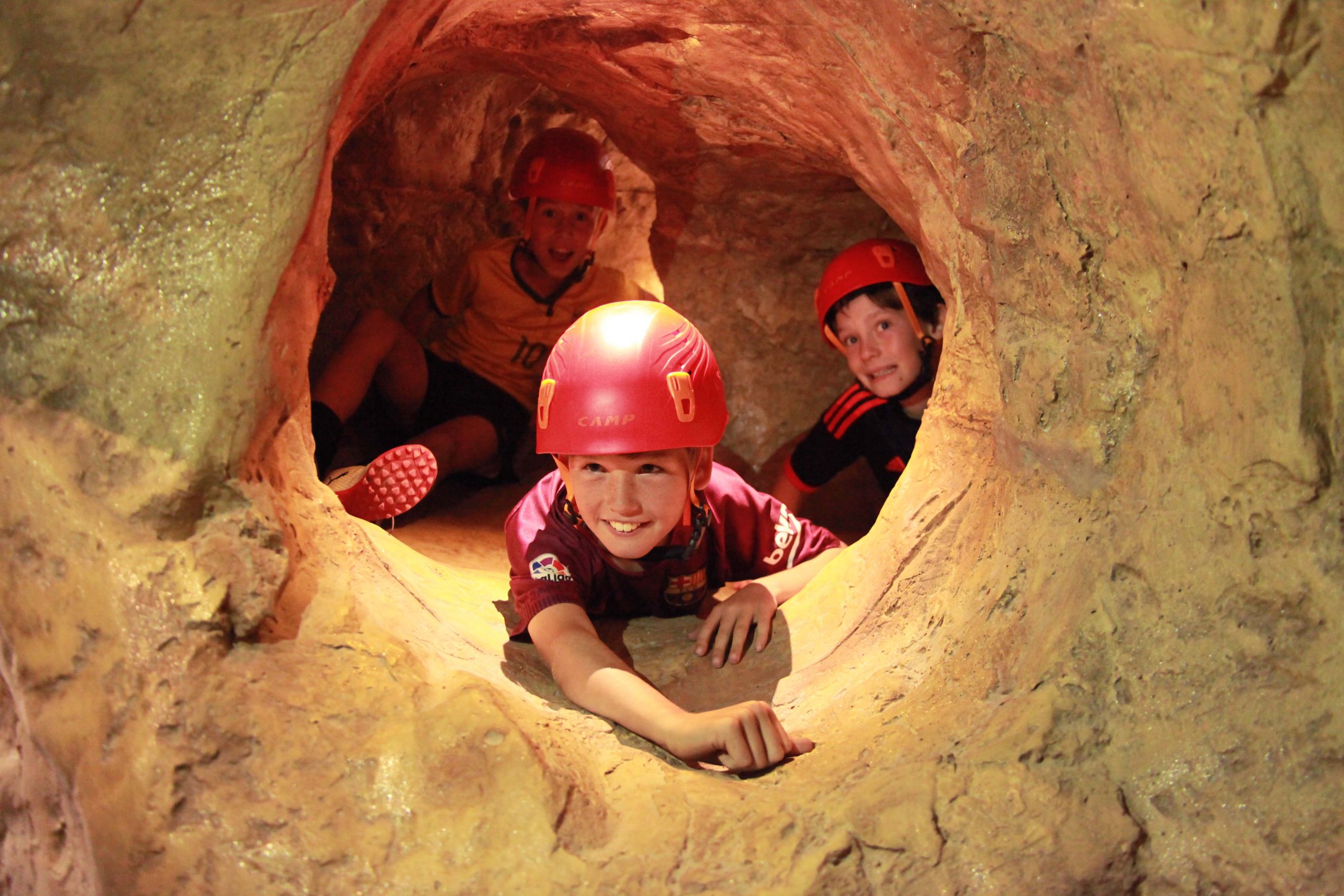 4Back to all exhibits
Walltopia / About Author
More posts by Walltopia
Manage Cookie Consent
We use cookies to optimize our website and our service.
Manage options Manage services Manage vendors Read more about these purposes
View preferences
{title} {title} {title}